15 Afghan refugees were deported on March 27th at Munich airport. It was the fourth mass-
deportation conducted at the airport. Currently the deportation practice is discussed highly
controversially in society. Many people criticize the German asylum policy because Afghanistan is no safe place for anybody. 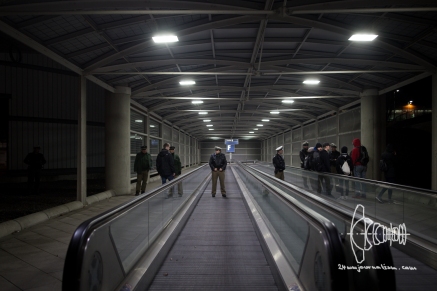 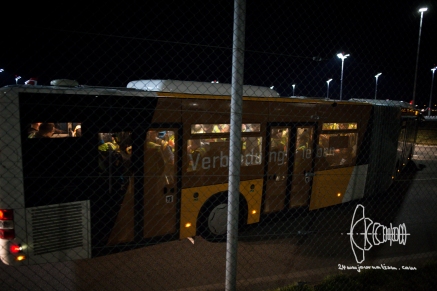 Protests against deportations to Afghanistan

On the evening of March 27th an aircraft took off at Munich airport. Inside the plane there were 15 Afghan refugees who got deported to Kabul, the capital of Afghanistan. While the refugees were taken to the airplane people gathered and rallied on the airport’s grounds. The demonstrators criticized German asylum policy and claimed to stop the deportations immediately.

Those mass deportations are taking place because of the German government’s assessment: the islamic republic is partially secure. People working with refugees or coming from Afghanistan think differently about the situation there:

„ … For refugee-people, for german- people, for the whole world Afghanistan is not safe. This is not a situation [that will be lasting] for one or two years. Afghanistan will be unsafe and at war for 4 or 45 years. And all the people [should] know [that]….“

… commented a protester in front of the deportation jail in Mühldorf.

A day before the deportation the demonstrators also took a stand against the current asylum policy in Mühldorf. 400 or 500 people surrounded the jail forming a human chain. The purpose of their protest was to support the deportation prisoners. On sunday night two detainees hurt themselves and had to be taken care of. They were probably commited to the psychiatric ward.

The fear of being deported bribes refugees into desperate deeds. That is, because in Afghanistan they are exposed to far greater danger. Coming back most of them don’t have any chances to earn money or find shelter. Also terror attacks can happen at any time in the islamic republic and civilian victims sadly are no exception. The number of civilians killed reached a record high in early 2016 for the first time since 2009. According to the most recent UNHCR report the situation worsened compared to 2016.
Despite those facts the German government doesn’t stop deporting people into the state, it even raises the number of deportations: While in 2015 78%% of the applications for asylum were granted, in 2016 only 60% of the Afghan refugees were granted asylum.

„It is against human rights, german, international and bavarian law to deport people to war- and crisis-areas. We do no tolerate this and stand up for the refugees.“

Thomas Nowotny, initiator of the protests in Mühldorf, states. Maybe his and other people’s protest will move people to think about the justness of deportations to Afghanistan.

Report by colleagues of Reflektierter Bengel that were on site rearly and captured some special forces in action: http://reflektierter-bengel.de/sorgerechtsstreit-endet-in-schusswechsel/

My small photoreport of actions later last night – medical and police staff securing the area around the shooting and collecting evidences: 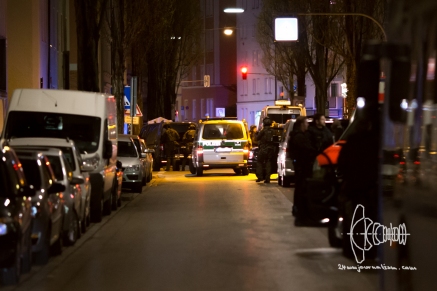 Special forces pack up to leave

Accident with police car rushing to sight of action

Shooter is transported to the hospital, wounded by police bullets.

Blood and medical equipment left from the flight of the shot twentyfour year old victim.

Blood and medical equipment left from the flight of the shot twentyfour year old victim.

Shootout in Munich Maxvorstadt. One person wounded and transported to the hospital. As said by police no link to a terrorist action so far. Neighbours called police after hearing gunshots.

Today 32 containers burned out that were newly opened for refugees to move in. The Munich Police Departement assumes -so far- that this has not been an act of arson. One person -a security guard- was hurt and had to be treated in a hospital with fume poisoning. All 75 refugees that just moved in today have been given shelter in other facilities.

Pictures of the burned out shanties: 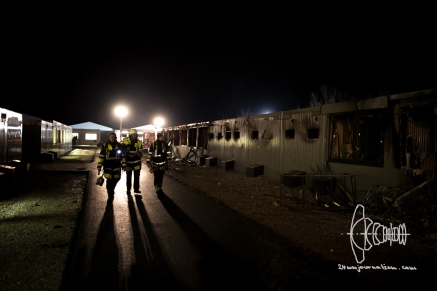