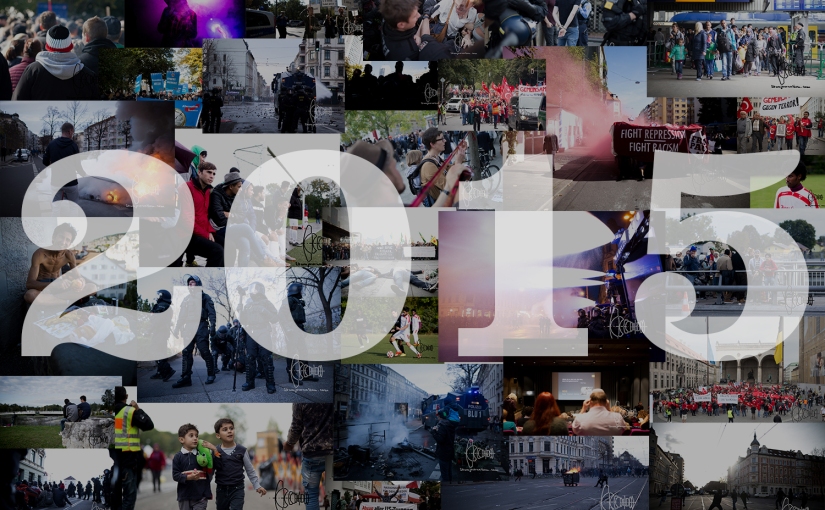 This year is almost over. Below I collected a few of my pictures documenting protests, neo-nazis gathering, racists marching, refugees arriving and just some snapshots of 2015.
Most recent pictures are listed up top.

Thanks to all the colleagues I worked with the past year and everybody following and supporting my work.

A man with his son on his shoulders watches a water cannon extinguish barricades. The boy has a miniature fire extinguisher. 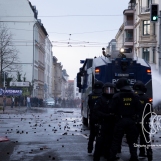 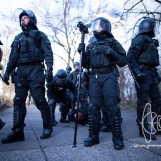 Left activists light up trash can and push it towards approaching water cannons. 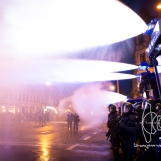 Neonazis already left the site as water cannons are fired on a peaceful crowd of demonstrators. 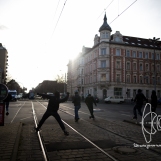 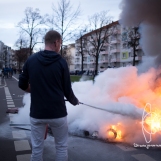 A resident uses fire extinguisher to stop barricades from burning. 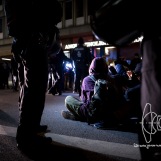 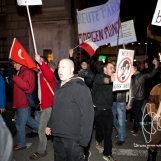 A counter protestor burns a PEGIDA paper asking people to join PEGIDA rallies after what happened in PAris. 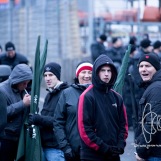 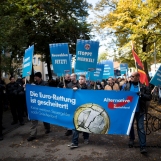 Neonazis merge with AfD protestors demanding a lock down of all borders.

Bands play in Munich for refugees and supporters on Königsplatz for free. 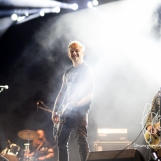 Bands play in Munich for refugees and supporters on Königsplatz for free. 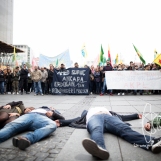 Protestors hold rally and flashmob in Munich to show solidarity and commemorance to the people killed in Ankara. 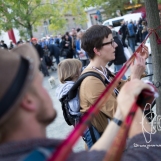 Activists use tape to display their protest.

A young man gets handcuffed for not showing his ID immediatly walking around the German unity party mile.

Protestors enter Bundesrat tent and get pushed out by police. 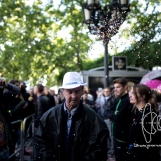 One of the main bridges from Austria to Germany blocked. Refugees await in line.

Two young boys play around with volunteers, police and press.

Refugees awaiting a chance to cross the bridge to Germany 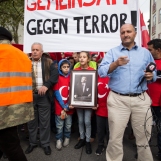 Reporter in front of demonstration

Convicted neonazi terrorist walks into the blocked area – infront of the Feldherrenhalle. This place was used for SS soldiers to pledge allegiance to nazi-Germany.

Activists cover the top of the demonstration and light a smoke grenade.

Racists march agianst the “islamization” and refugees being accepted. 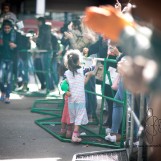 Fog drifts through the glade of the forest – music is on. 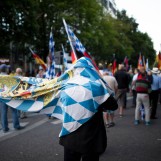 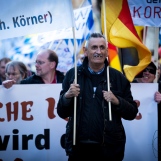 A taxi-driver & holocaust denier carries the front transparent of the BAGIDA movement. 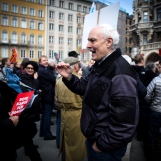 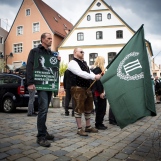 In Freising neonazis held a rally to remember germans killed by the allied forces in WWII. 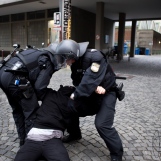 Michael Trammer is a young freelance photo- and videojournalist currently based in Munich. Picking up a camera at the age of 14, he has been striving since young age to professionalize his work in both still and moving images. His vita is filled with work in event engineering, TV magazine production, movie production as well as postproduction and social media management and marketing. In 2018 Michi finished his apprenticeship as Mediadesigner Picture and Sound at ARRI Media. Also he is founder of the page 24mmjournalism – what started as a small project to make his pictures and opinions available for the public, has by now become a team project. His personal approach and declared goal is to document the fast-moving and ever changing world around us. Protests and social movements are an often chosen way to display anger and mischief about conditions in our society. Michi tries to deliver a wide-angle picture of those, confronting the viewer with the full width of the documented incident. Do not hesitate to get in touch and check out his portfolio and his ever growing set of publications in media accross the globe! View all posts by Michael Trammer